The alternator of your car generates the electrical current throughout your car’s electrical components. It’s a round piece of machinery that helps in spinning the belt, that goes around the engine. In the lieu of an alternator breakdown, your car might not operate properly. There will be little to no power for your headlights, interior lights, heater, air conditioning and every other element. The electricity is still needed to turn on the ignition. 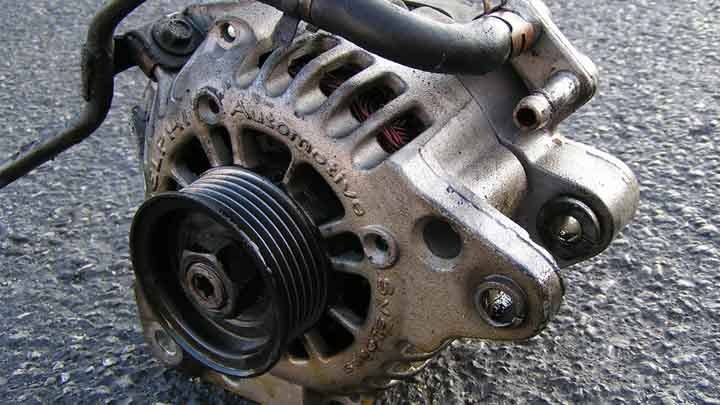 There are many cars who have an exclusive indicator to give a warning that the alternator is not working. This will help you to take a quick decision and drive to a garage, without your car shutting down completely.

Irregular noises from your car should certainly be a matter of concern for you. When you encounter these irregular noises, it is a sign that your alternator bearings have failed. Specifically, there are two sounds you should look for:

a. Rattling sound
b. Clunking sound

The alternator on its end of the lifespan can cause other electrical problems to your car. If your alternator is not well then the electrical components of your car start wearing off and become slow.

6. Stalling and not Starting

If the alternator fails in providing enough power, the engine will not be able to generate enough power to start your car, so it will keep stalling.

7. Prevention is Better Than Cure

Keep a regular check on your engine and alternator to avoid these signs and keeping the alternator in a fine condition. This will help you from the day you will be stranded on road, looking for a tow car.